At this time, the entire world had a single language.

Language, of course, was something that separated them from other creatures, but their ingenuity is what really started their path to domination. Wheels were great for moving stones and boulders around for construction, but at some point someone wondered “why move boulders at all?”

They had progressed past the stubborn tradition of stacking one stone atop another for shelter, and discovered brickmaking had endless possibilities.

So as is often the case, the impulse to build shelters was replaced by the one to build testaments to self-worth and pride.

In the midst of this city they planned, the people began work on an immense tower—a tower that would reach to the heavens so the whole world could stand in awe of the builders.

Though men and women and children did indeed marvel at the structure, God decided to remind the humans they are not necessarily to be worshipped.

Let’s go down and confuse their language.

When the carpenters could no longer communicate with the artists or the masons or the architects, the project came to a halt and became known as Babel.

Communities grew among each of the language-speakers and began to separate further and further from one another, until the human race had spread throughout all the earth. 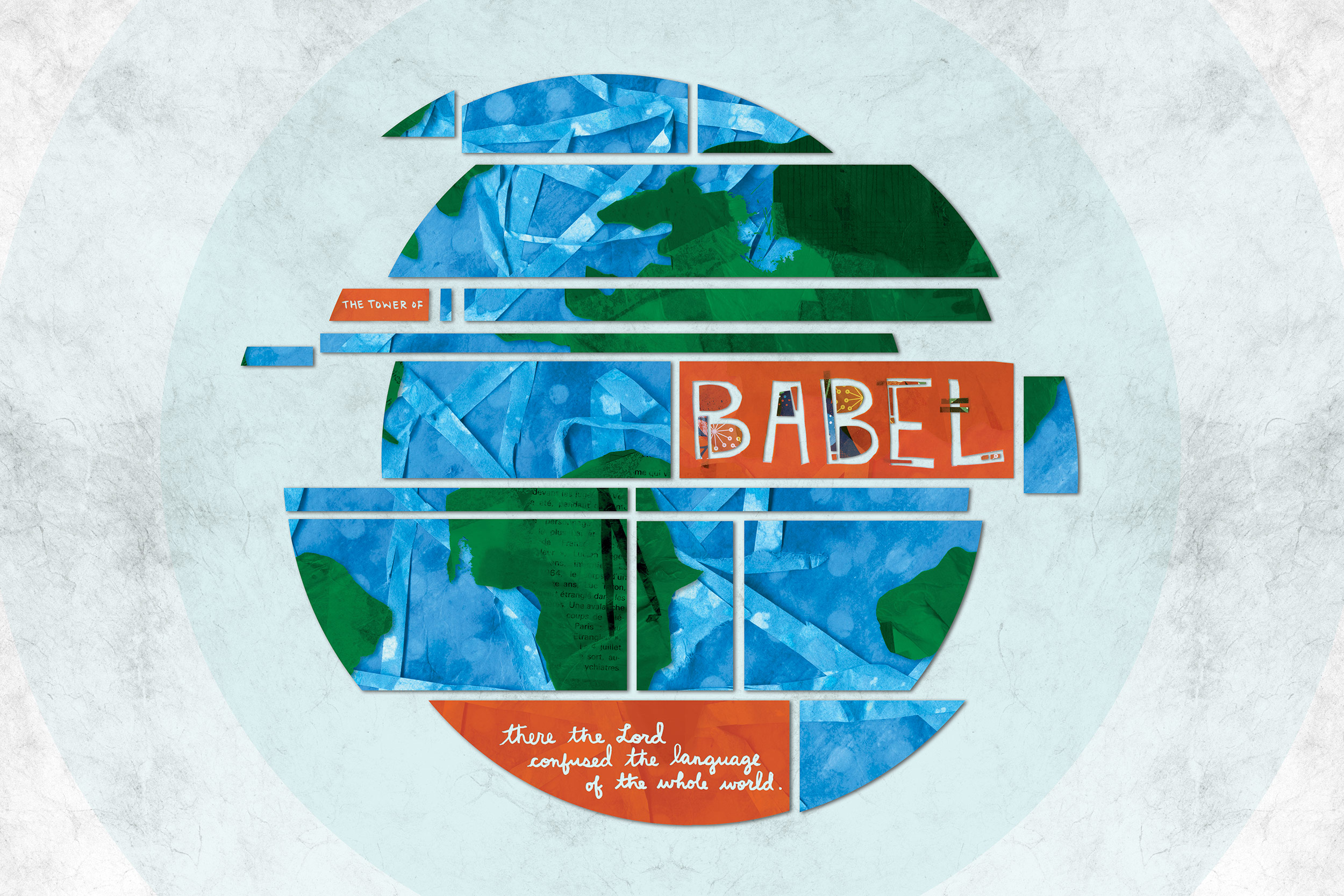