Jacob was facing the most life-altering moment of his life. It was one of those nights when sleep was hard to come by because he was perpetually vacillating between terror and excitement.

It had been many years since he’d seen his brother Esau, and the terms on which they parted were bad, to say the least. He’d grown up since the day he stole his twin brother’s right to the family heritage and since then recognized his own sins and the truth that family is the most prized gift of all.

So he sent servants ahead loaded with gifts for his estranged brother, hoping the gesture would smooth things over before he saw Esau face-to-face.

As he lay there restless, a man seemed to appear out of nowhere and challenged him to fight. Refusal was not an option.

So Jacob wrestled with the man.

His years of hard labor paid off, and his strength was too much for the stranger to handle. Just as the man was finally pinned, he reached back and popped Jacob’s hip out of joint with just a touch.

But even with his injury, the son of Isaac maintained his grip and the two stayed in the mangled mess of man until daybreak when the stranger finally tapped out.

As they brushed the dirt from their robes, the man turned and blessed Jacob with a new name:

“You shall be called Israel, because you have wrestled with God and with humans and have overcome.” 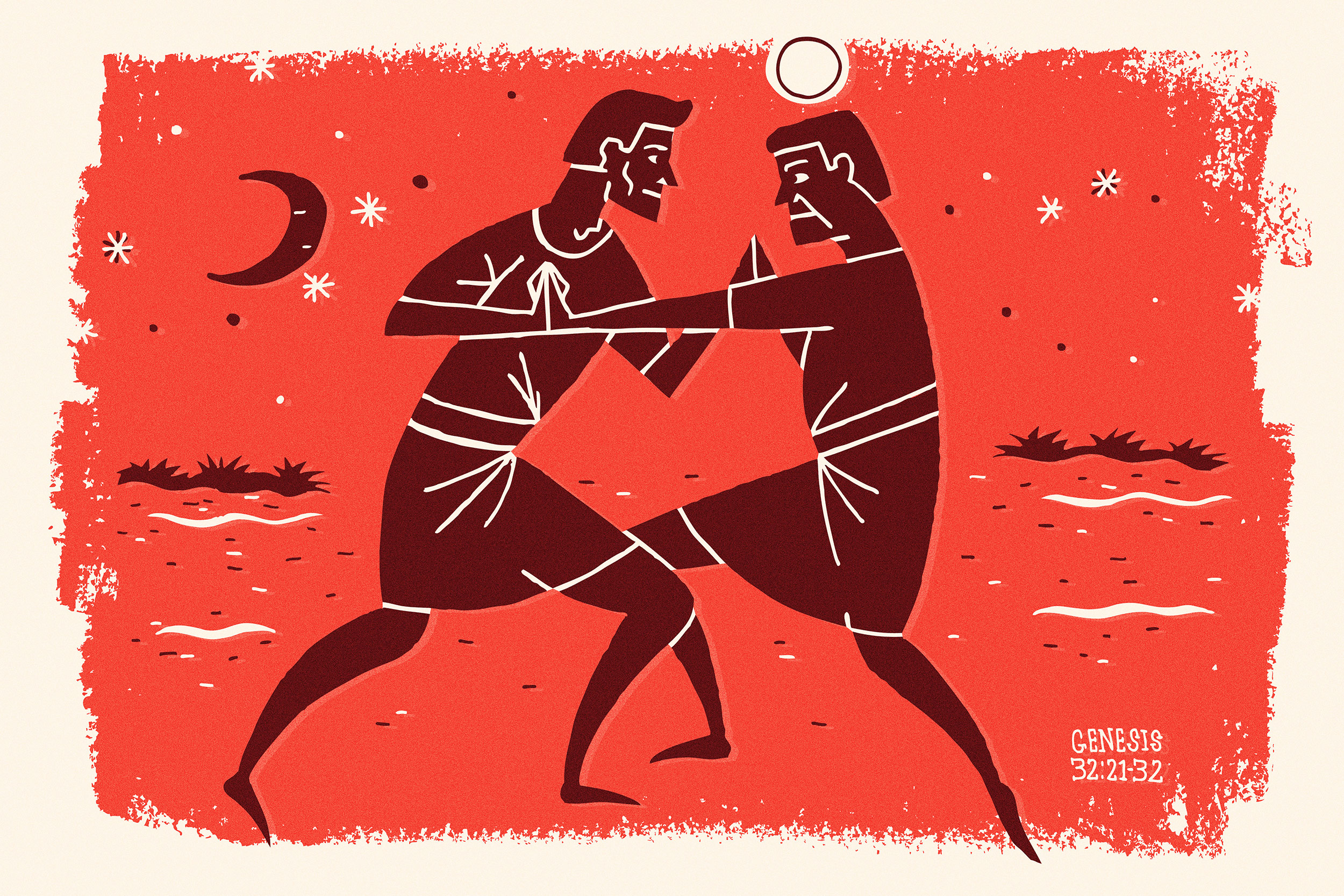