The prophet Deborah was leading the nation while Israel was under great oppression from the Cannanite king and his general Sisera.

When Deborah informed Barak that he’d be leading the charge against Sisera and his 900 iron chariots, the soldier replied “only if you go with me.”

So they waited atop Mount Tebor and when word reached Sisera of the rebels location he gave the command to charge.

Except for the cowardly Sisera, who had leaped from his own chariot and run for cover.

Little did he know that Deborah had forseen his death at the hand of a woman, so when he’d safely hidden in Jael’s tent he trusted her to act as a lookout.

She had other plans.

As Sisera slept, the woman grabbed the nearest tent stake and pounded it straight through his temple securing the general’s face to the floor and her own name in history. 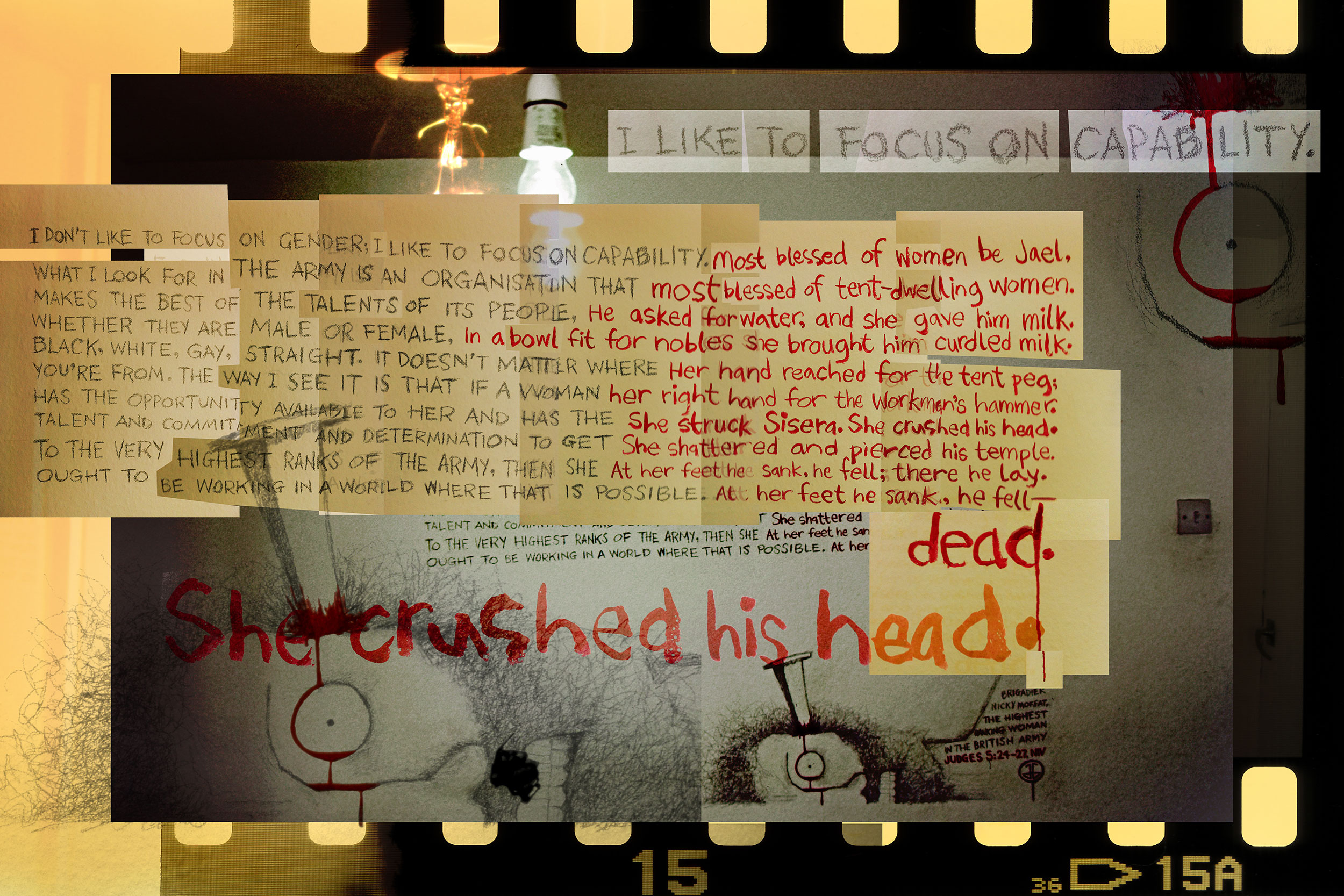