As the nation of Israel exited Egypt and made their way to the promised land of Canaan, word & rumors of their journey spread among the nations that happened to be “in the way.”

Balak king of Moab (a nation incidentally birthed centuries earlier in the unconscious rape of Lot by his own two daughters) was justifiably anxious about this million-man march moving through his land and hired the local holy man to curse the Hebrews and preserve their comfy status quo.

So Balaam followed orders and headed for the scenic overlook where he could peer down on the distant approaching people and cast curses on them. Halfway to the mountain, however, Balaam was stopped… by his own ass.

The donkey of course was trying to avoid a flaming-sword-wielding angel ahead, and after three beatings from his master the beast finally looked back at him and said “what the heck, man?” “Don’t you know me? Don’t you know I wouldn’t do this without a good reason?”

Then Balaam’s eyes were opened. He saw the angel who informed Balaam that he would not be cursing the oncoming people, but blessing them.

As much as Balaam tried to explain to his king that he can’t control blessings or cursing, the king continued to order his prophet back to the mountain to curse the nation, but the prophet could only mutter of Israel:

Sadly enough for the prophet, he was murdered by these very people a few chapters later.

The nation received their blessing and continued on their journey to the promised land where someday the “star of Jacob” of whom Balaam prophesied would come. 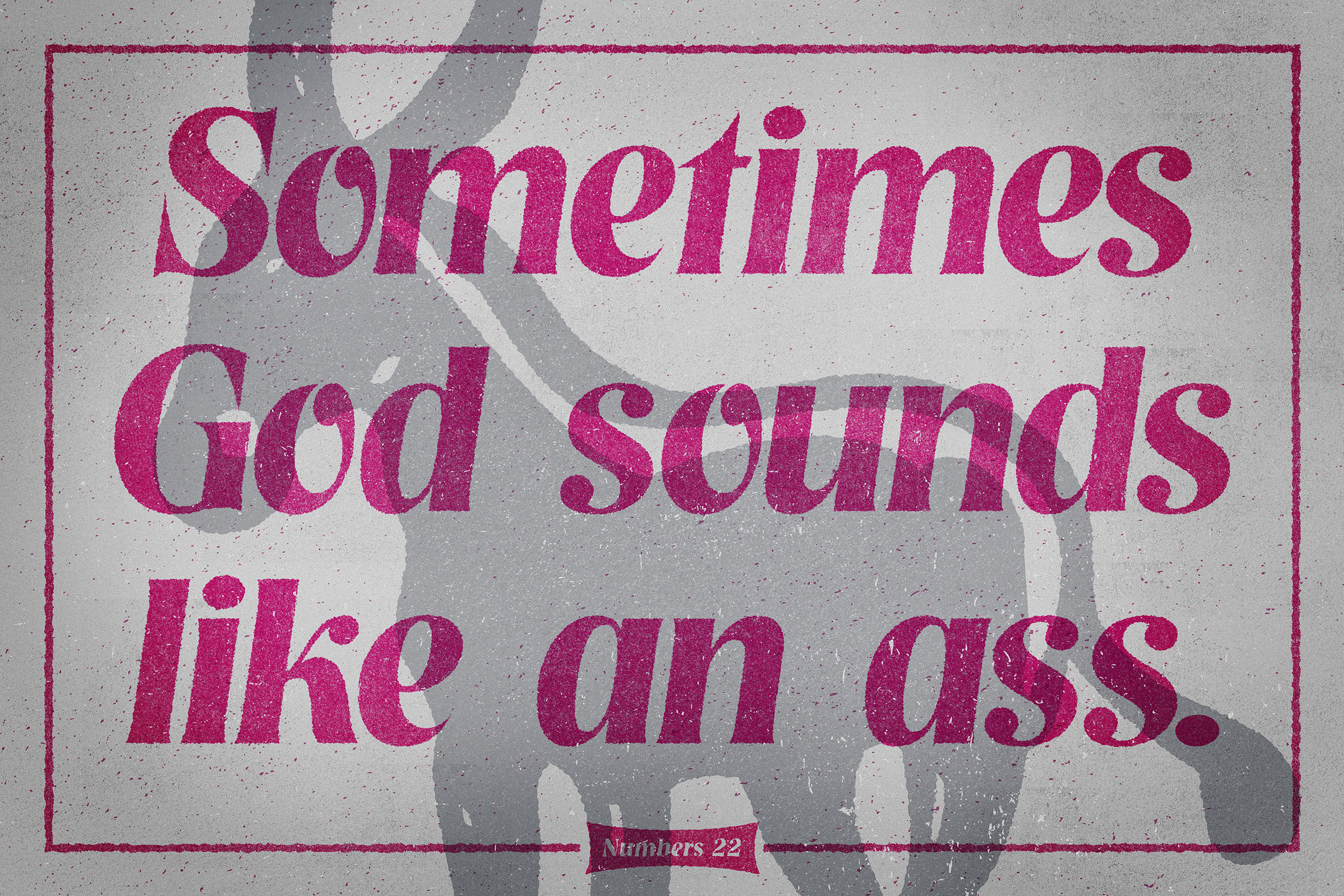