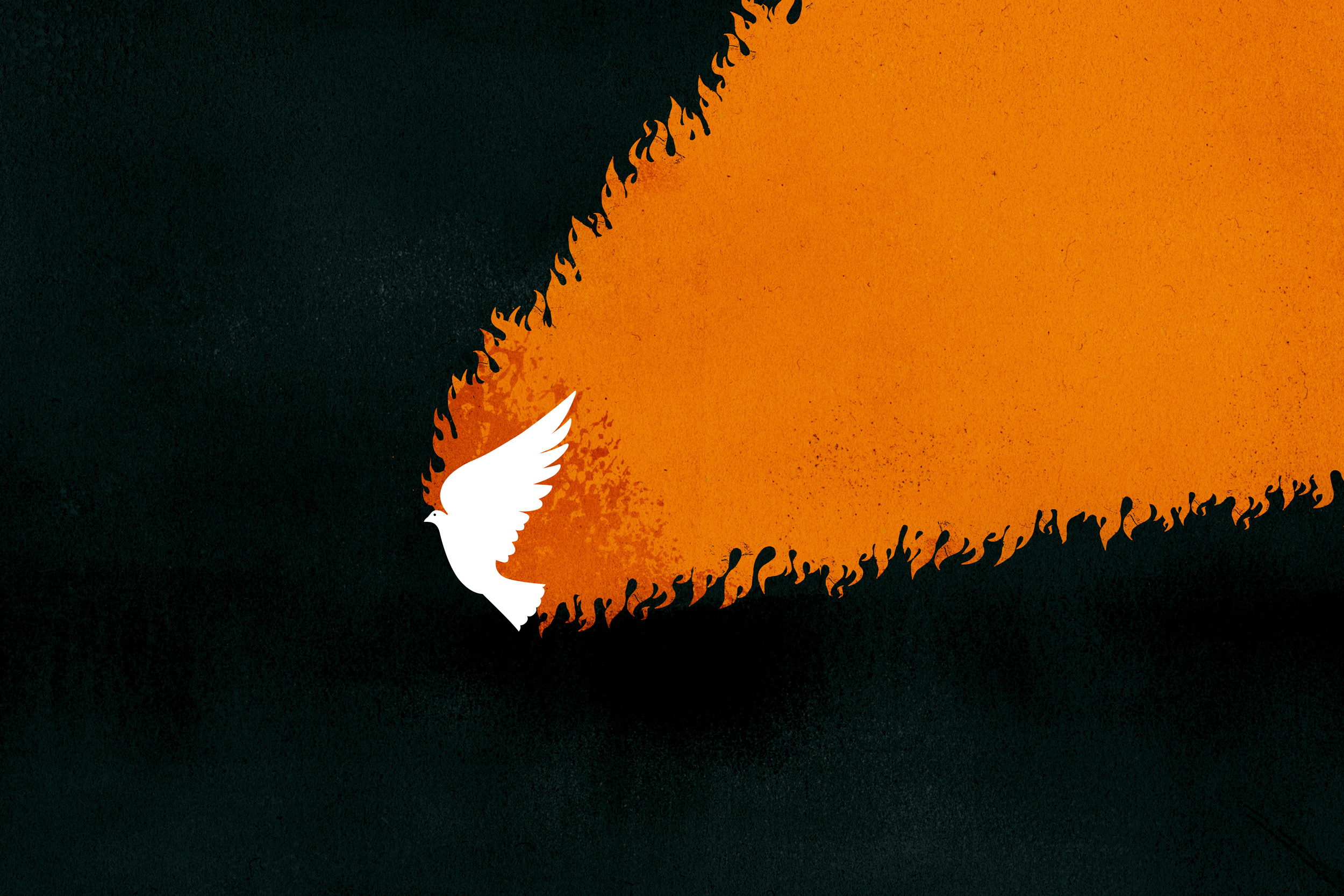 For the Shavuot celebration (or Pentecost as it had come to be known) devout Jewish people of Jerusalem gathered in their various sociocultural communities—Asian, Egyptian, Mesopotamian, Libyan, Roman, Arab, Cretan—to recognize the moment God first communicated with them in a tangible way and unified them as one people through the written word of the Torah.

Suddenly the celebrations were interrupted by the sound of a hurricane that seemed to be blowing around the house where all the “Christians” were gathering.

As the parties collected around the house, everyone was shocked. When the Jesus-followers spoke, each of the listeners—regardless of their language differences—could hear and understand the disciples.

“Incredible!” they said “What does it mean?”

Peter stepped forward to mention that it was nine o’clock in the morning and unlikely all these folks were drunk. In fact, he said this was the fulfillment of the prophecy of Amos, and the windstorm they’d heard was “tongues of fire” that had appeared on each person, filling them with the Spirit.

3,000 new members joined the community of believers that day.