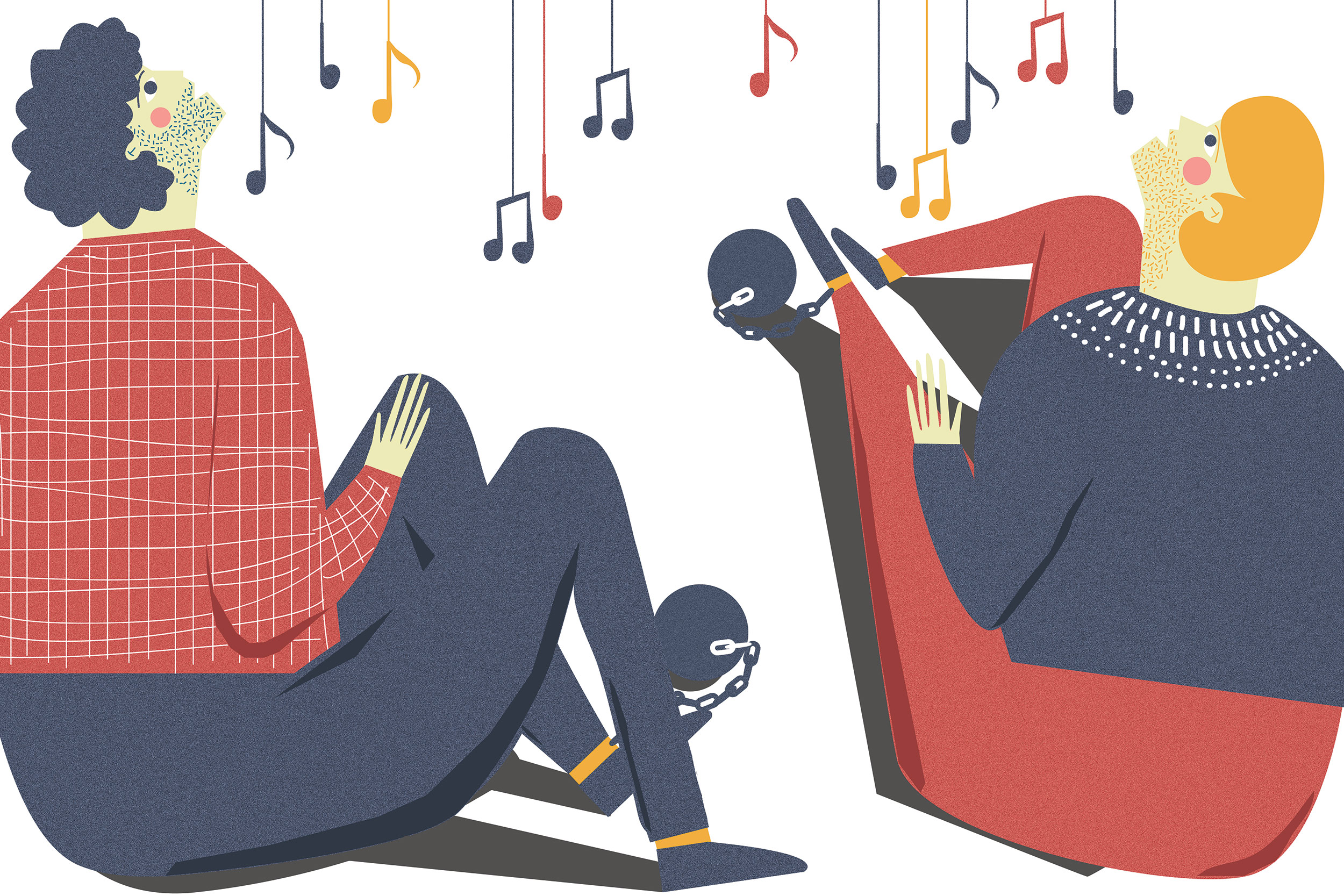 Paul and Silas Singing In Prison art by Alice Potter

“These men are servants of the Most High God, and they have come to tell you how to be saved!”

On past journeys Paul and Silas might have paid good money for a town crier like that, but in this case the proceeding announcement wasn’t really working in their favor. Not only were they on their first trip in a hostile region of Greece—where technically practicing your own religion was prohibited, but their cheerleader also happened to be a girl well known as a demon-possessed fortune teller.

Not necessarily the kind of reference they needed.

Finally exasperated, Paul turned and commanded the spirit to leave the girl.

This infuriated the girl’s owner whose biggest attraction had just lost her talent. With plenty of evidence of the missionaries’ lawbreaking, his impromptu mob (under city sanction) lynched the men and tossed them in the darkest dungeon of the high-security prison.

The human spirit is not something fettered overnight however, and as Paul & Silas recovered from their beatings the two men launched into singing.

At midnight, as the praises were sung loud enough for the other prisoners to listen along a great earthquake shook the entire prison so particularly that it not only rattled the cell doors from their hinges but the chains fell right from the prisoners’ hands and feet.

Before the next morning their jailer’s entire family had been baptized.

Paul and Silas Singing In Prison art by Alice Potter