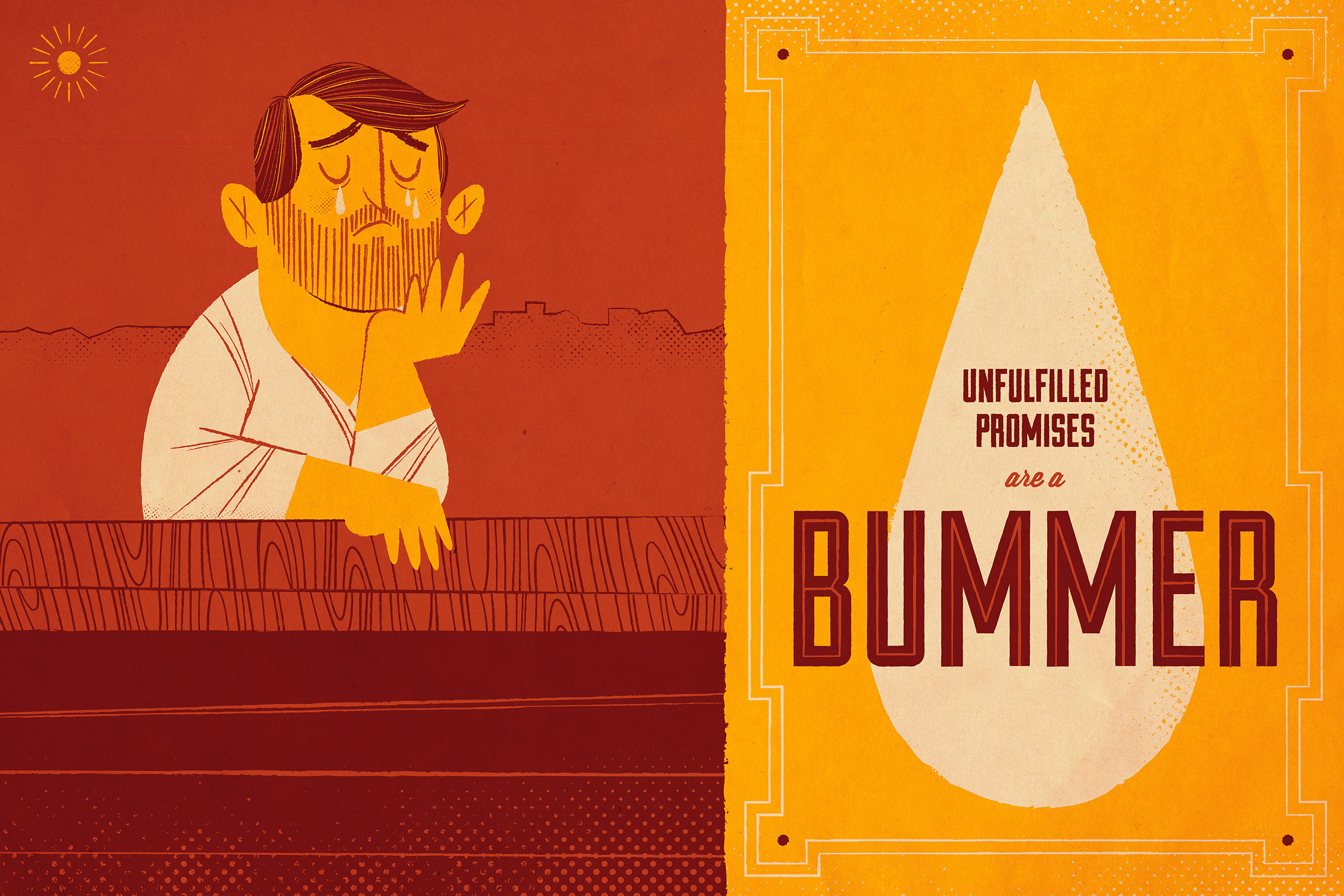 It had been many years since his people had been released by the great Persian King Cyrus to rebuild their temple in Jerusalem and nearly a decade since his successor Artaxerxes empowered the priest Ezra to lead these people in worship and society.

But Nehemiah had remained.

He had what might have seemed to onlookers as a swank palace job, but he brought to it his blue-collar ethic and intuitive sense that work is essentially a spiritual discipline. So day in-and-out he literally risked his life for the sake of the king who had done so much for Nehemiah’s countrymen.

But when his brother returned from the homeland after all those years of newfound hopefulness he reported that their beloved city—the Jerusalem they’d heard such fantastic tales about from their grandfather—lay in ruins.

He mourned for days.

Because Nehemiah knew the promises of God. He knew that God had promised to deliver the people from this captivity, and he had only assumed that this most recent return to the promised land must have been the fulfilment of that promise.

But now he didn’t know what to believe.

For decades he’d continued in absolute service of this foreign king, honoring him as an essential piece in the fulfillment of God’s covenant.

But now the covenant, the promises seemed to mean nothing at all.

In the midst of the mourning he let God have it.

Sure, he knew they had sinned. He admitted that. His anscestors had disregarded the Law and followed other gods. They’d even worshipped with child sacrifices and temple prostitutes.

He knew that’s why they ended up in exile.

“But YOU promised!” he cried, “even if your exiled people are at the farthest horizon you’d return them to their promised land!”

And even as Nehemiah approached the king for help—this time risking his life from his monarch rather than for him—he exhaled one last prayer to this God that now seemed so distant, who had left him feeling so forsaken, with the hope that maybe, just maybe this God was still real.