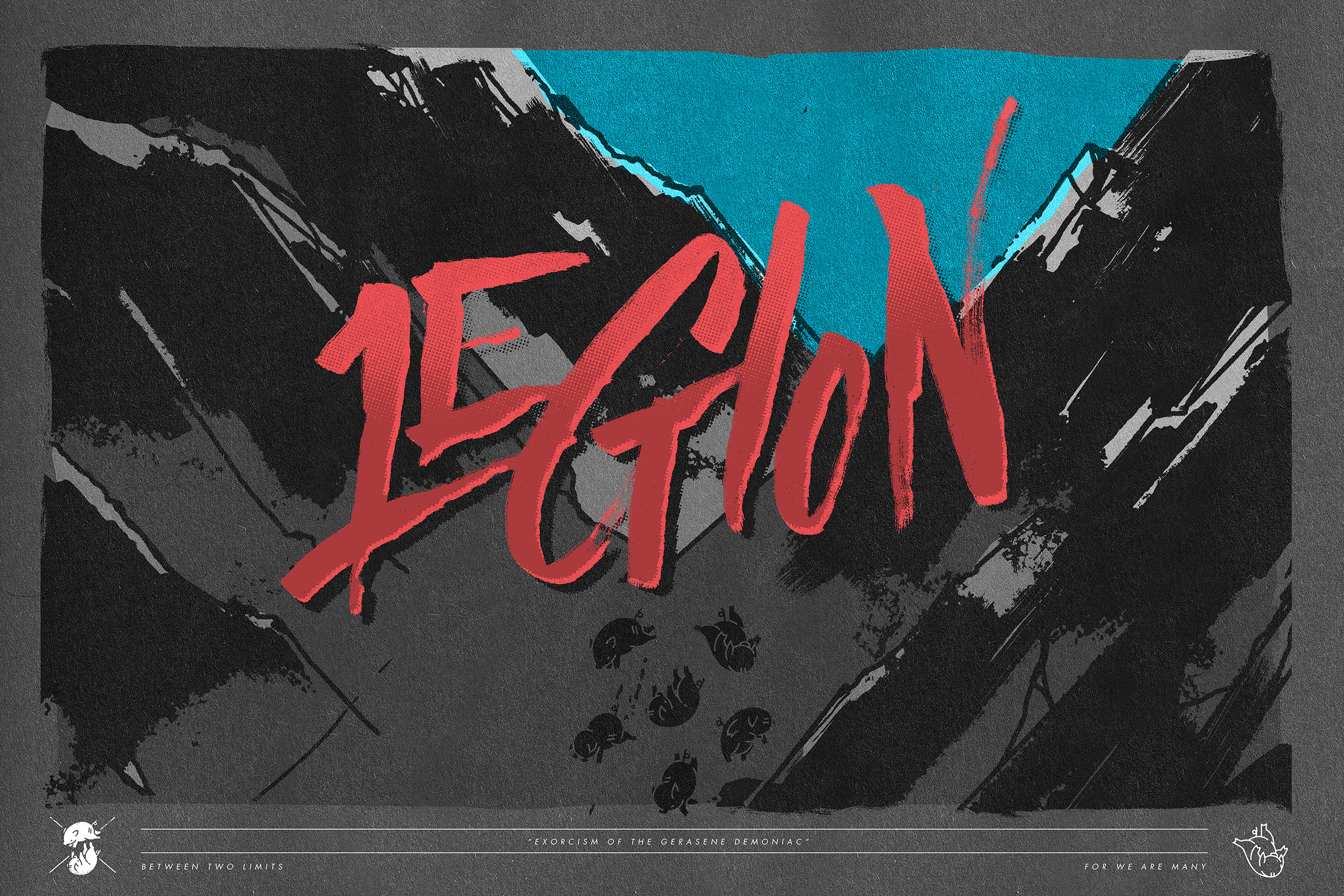 For a long time he had worn no clothes.

He lived in the tombs. Guards nor shackles nor chains could hold him.

As Jesus approached he addressed the spirit that possessed the man.

“Legion” was the name, for it wasn’t a single spiritual intruder that had taken refuge within this man, but many.

They begged Jesus not to cast them into “the abyss.”

“There, that herd of pigs,” they pleaded.

Jesus nodded his head and the demons exited the man for the pigs, which subsequently charged like lemmings off the nearest cliff.

Among all the terrified townspeople who demanded that Jesus leave their land, only the possessed man stayed near, now clothed and in his right mind.