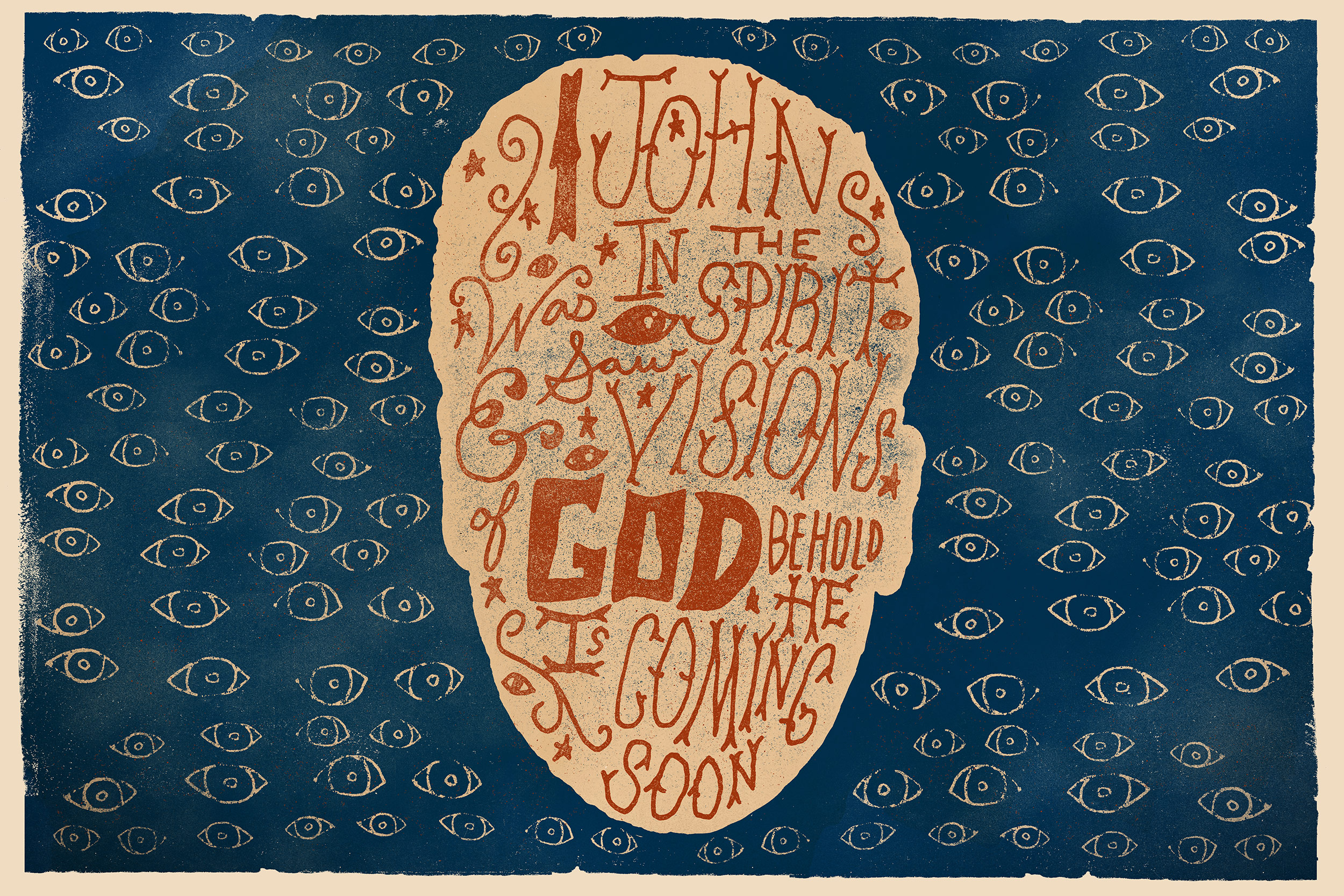 A loud voice like a trumpet blast erupted over John’s shoulder. As he jumped around in shock he saw behind him seven gold lampstands surrounding a man wearing a long robe with a gold sash.

His head and hair were like pure snowy white wool.
His eyes were flames of fire.
His feet were like polished bronze
His voice thundered like ocean waves.
He held seven stars in his right hand
A sharp two-edged sword came from his mouth.
His face was like the bright shining sun.

What followed was a series of ineffable visions meticulously recorded by the exiled prophet, some of which were bound to incite even more wrath from the narcissistic Ceasar Domitian, who required his subjects to sing in his own worship “Worthy are you to receive honor and power and glory!”

But John wrote of mystical creatures, millions of angels and all the universe singing to the Lion of the tribe of Judah, God’s Son and the Lamb of God:

Worthy is the Lamb who was slaughtered
to receive power and riches
and wisdom and strength
and honor and glory and blessing.