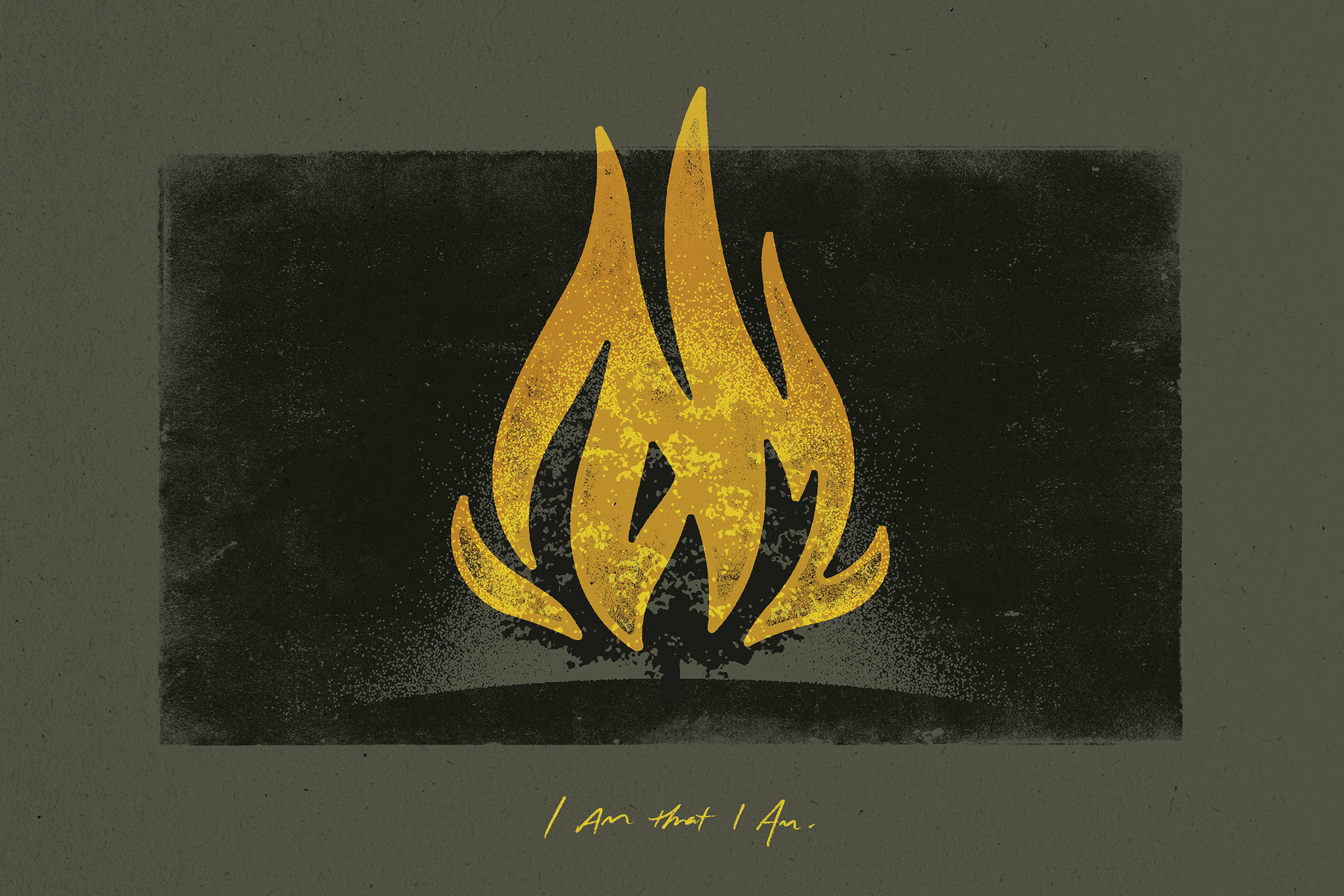 A generation after surviving the infanticide ordered by the very ruler who would adopt him as his own grandson, Moses found himself in exile.

He was a murderer.

While defending a slave whom he’d learned was his own tribe-mate, Moses murdered the oppressor and fled the country. As fate would have it though, this misfit Egyptian refugee found acceptance and love in a nomadic family and specifically in the arms of a sheep-herder’s daughter Zipporah.

For forty years Moses lived simply, herding sheep from one northern African oasis to the next repressing the memories of his adopted family, his complicated heritage and his birth mother. Until one day while hard at work he spotted something unusual.

A desert bush on fire, but not consumed by the flames.

As would be expected he investigated the anomaly, but even the most liberal hypothesiser wouldn’t have guessed what came next.

The shrub spoke to the man.

God had heard (as God always does) the cry of the oppressed.

“Take off your shoes,” says the bush “you are on holy ground!”

“Who are you?” replies the man.

What follows is the commission of an ordinary man
a stutterer,
a murderer,
a blue-collar guy
in the rescue and emancipation of an entire nation…

and turning the wheels of fate back toward Abraham’s promised land.