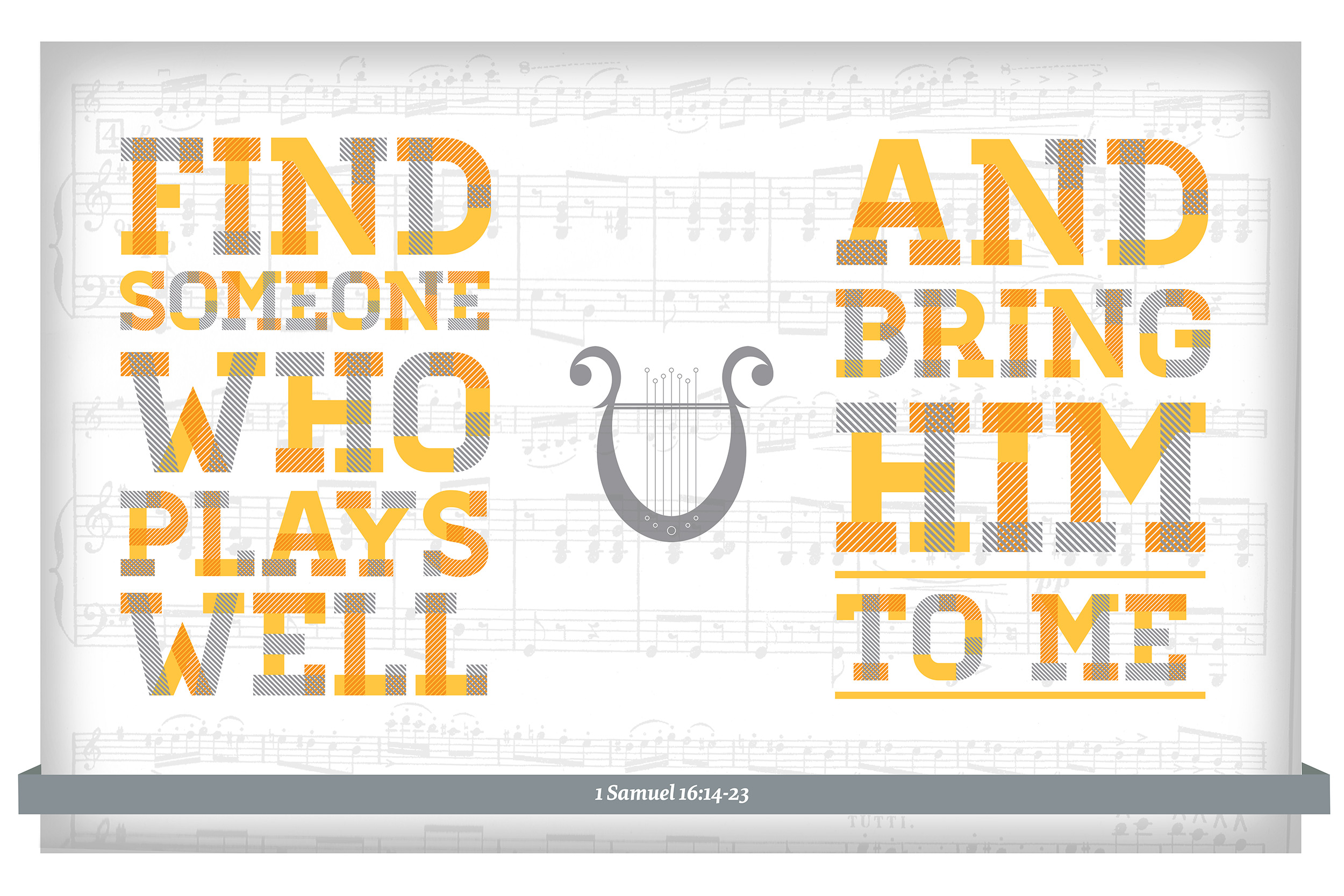 King Saul was tormented by a spirit of depression and fear.

Treatments weren’t helping and as a last resort the king’s advisers wondered if some music might sooth his spirit and perhaps even make him well again.

They knew of a boy who was a gifted musician (not to mention brave, adept warrior, wise and good-looking). The youngest son of Jesse of Bethlehem named David.

Neither the boy nor the king knew how complicated their relationship would become. Neither knew that Goliath would fall, that David would become Saul’s son-in-law, or that the boy would eventually live in exiled fear of the deranged King’s manhunt.

They just enjoyed the music, united in a way that only comes with a song.